Bexhill Museum opened in 1914 with one gallery, and has grown its collection to match its style ever since. After 2003 the Egerton Road building incorporated the Bexhill Old Town Costume Museum for a rebuild that established the unique mix of the modern and Edwardian that it is today. Its four galleries and unique artefacts are maintained by Bexhill Museum Ltd, a UK registered charity (no. 1102638).

The primary purpose of Bexhill Museum is to collect, conserve, display and interpret objects and information related to the history and natural environment of our surrounding area. This work is undertaken for the benefit of the public and, in particular, the residents of Bexhill and district, local schools & colleges and visitors to the 1066 Country area.

Bexhill Museum is an independent Arts Council accredited museum. It is directed by a four-member management team appointed by the charity's board of Trustees, and is operated daily almost entirely by volunteers. The appointments of new Trustees are approved by majority vote by the membership at their annual general meeting.

Our emphasis is on education through displays and exhibitions in the gallery and by outreach work in the community. Julian Porter MA, who is employed by Rother District Council as District Curator for Rother's Museum Service, is attached to Bexhill Museum as its curator and provides expert advice and guidance on all aspects of the collection's history, documentation, care & display.

The director-trustees currently serving are:

Direction of day to day operations are the responsibility of a four-person Management Team appointed by the Trustees of Bexhill Museum:

This small hen from Poland is carved from dried curd. Shepherds passing time in isolated cabins in high mountain pastures carved such figurines from scraps of curd to pass the time, and also them to their loved ones. #CheeseDay🧀 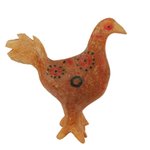 Always enjoy sharing the more unexpected things in the collection like this image of West Ashling Mill, perfect for #MuseumsUnlocked #Sussex and if spotted #collectionsunited #Portsmouth #collection #blackandwhitephotography #PictureOfTheDay 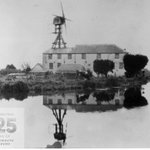 Free to attend so if you haven’t been to the @Aimuseums conference before this is a must. If you have, then you’ll know that already. Ever practical, super supportive and all the information you need to strap in and crack on! https://t.co/5duVdy9syC 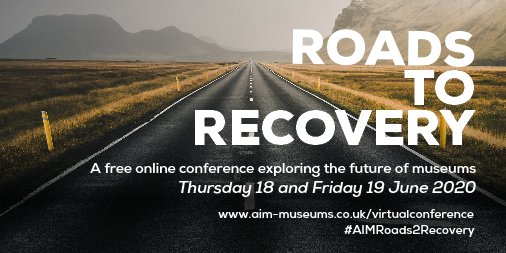 REGISTRATION NOW OPEN - AIM’s virtual conference draws practitioners, professionals, experts and policymakers from across the sector. Roads to Recovery on Thursday 18 and Friday 19 June is free to attend, full programme and booking at https://t.co/t6DW8KEmTu #AIMRoads2Recovery

Today we had a great catch-up with Stacey, Laura and Hailey at @HeadstoneManor1, bringing our @MuseumBuddy Week to a close. We’ve had a great time working and learning together, and we have some great ideas in place to work towards. So watch this space! 🦖🦆 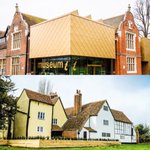