As the war drew to an end Bexhill & Sidley prepared quietly for Victory in Europe – VE Day.

Frequently targeted by deadly air raids during the war years, the town was now beginning to return to something like normality.

The fighting would rage on in the Far East until August, and wartime rationing would continue for years to come, but in Bexhill the promenades had already been reopened to the public, the Home Guard had been stood down, and all evacuees had returned.

The news of the cessation of hostilities in Europe came through during the evening of 7th May and spontaneously Bexhill was festooned with flags of all the Allied nations without any lead from the civil authorities.

The next two days were a holiday with shops, Post Offices and schools closed. VE-Day celebrations commenced with a peal of bells from St Peter’s Church at 6:30 am and continued for an hour. This was repeated at noon and at 6 pm. A flight of aeroplanes flew low over the town.

The day itself was fairly muted with folk enjoying the warm sunny weather but things livened up during the evening with dances at the De La Warr Pavilion, the Drill Hall, Little Common Legion Hall and the Sidley Institute. The Mayor and Mayoress visited them all. Local magistrates granted special pub licence extensions until 12 midnight.

The following Sunday saw a united service at Egerton Park, offering thanksgiving whilst remembering those still at war in Asia.

The service was followed by a parade through the town of more than 1,000 representatives of the Armed Forces and the home front organisations that had played their own part. Also marching, recently repatriated prisoners of war, and service personnel on leave.

Now it was time to look to the future. In March 1945 Bexhill Borough Council had laid plans to compulsory purchase land north of Sidley for the provision of post-war housing. In June, the Civil Defence organisation was stood down, and long-blacked out streetlights repaired.

One of the biggest tasks to come would be the clearance of the beach defences that had held the town since the invasion scare of summer 1940. But for many, if not all the town’s civilians and servicemen & women, the scars of loss and sacrifice would take longer to take care of.

Bexhill Museum’s David Hatherell has collected a list of some of the streets in Bexhill & Sidley where VE parties were held on the weekend of VE Day, or the weekend after.

Bowrey Place, Bexhill: A street party for 63 children for Bowrey Place and nearby Hillside Road. After the feast each child received a 1945 halfpenny.
Mayo Lane, Sidley: A street tea for 20 children.
Windsor Road, Bexhill: A party for 60 children with a Punch & Judy show, conjuring and small money presents.
North Road & Suffolk Road, Sidley: Tea and community signing for 46 children.
Springfield Road, Bexhill: The Methodist Church treated 130 children to tea and games with each child given a sixpence.
London Road & King Offa Way (then Belle Hill), Bexhill: Malet Memorial Hall hosted 150 children from nearby roads. There were sports on The Down and each child was given a threepenny piece.
Reginald Road, Bexhill: Smiths Garage cleared some space and 60 children followed their feast with sports in an adjoining field rounded off with a gift of money.
The Down, Bexhill: Some 100 children from Chandler Road and Little Common Road enjoyed a Punch and Judy show, followed by games and races and the burning of a Hitler effigy. Every child was given a new threepenny piece and a 1945 halfpenny.
Bending Crescent, Bexhill: The recreation ground hosted 60 children from Upper London Road. There were games, races and community singing.
Dalehurst Road, Bexhill: Organisers provided two iced Victory cakes for 40 children, followed by games in an adjoining field.
Camperdown Street, Sidley: A group of more than 50 children enjoyed tea and games.
Claremont Road, Sidley: Along with their own street’s children, other families from nearby Cumberland Road, Preston Road and the High Street joined in, some 130 children all told.
Ringwood Road, Sidley: This party also covered Glovers Lane and Bank Road. The children enjoyed tea, games, and the bonfire burning of yet another a Hitler effigy.
Bodle Crescent, Bexhill: Over 350 children enjoyed a procession, a Punch & Judy show, procession and bonfire in the adjoining recreation ground.

Victory in Europe Day is fixed in the memory of all those who witnessed it. It meant an end to nearly six years of a war that had cost the lives of millions; had destroyed homes, families, and cities; and had brought huge suffering and privations to the populations of entire countries. The Imperial War Museum has put together an extensive archive of online resources to share the stories of those who experienced the war in Europe and that brief moment of relief and celebration, and in the words of the poet Edmund Blunden,’to trace the roads that led us to this hour‘. The archive is here.

It is always a mix of emotions when a new collection of bricks arrives...definitely exciting but also that slight worry of not knowing where it is all going to go! These come all the way from Essex. #Collections #Archives #Bricks #Esssex 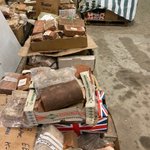 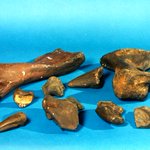 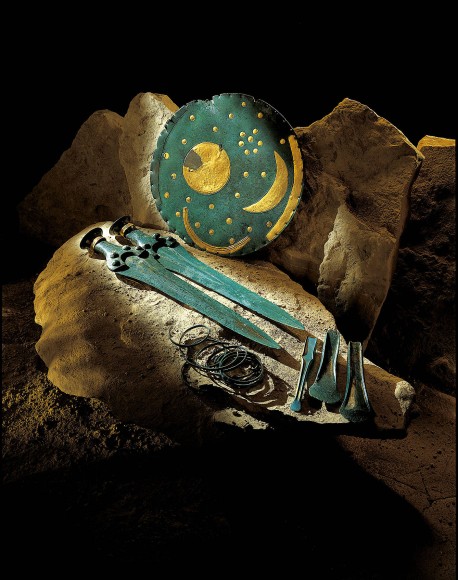 Already preparing for a visit to the Nebra Sky Disc @britishmuseum in London? Here is everything you ever wanted to know about the Nebra hoard (English subtitles). Photo © LDA Sachsen-Anhalt, J. Lipták. #Archaeology
https://t.co/h9BhZjsYoD

Church and the Ancestors closes this Sunday - we hope you got a chance to see this amazing example of women's fibre work from Asmat, rarely seen outside the region!

If not, join us for a virtual tour from guest curator Tom Powell Davies: https://t.co/K4aukrkJoT 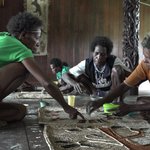 With the coming of peace in 1918, many believed that the new decade needed to be one of renewal and social improvement.

I will be doing two more open rehearsals of Shakespeare’s Hamlet on the 3rd and 4th Feb
Plus a matinee performance of my solo show of Dickens’ Great Expectations on the 6th Feb
Both @RiversideLondon
Tickets and info - https://t.co/1HLXV40Uqw Photo: Amanda Searle 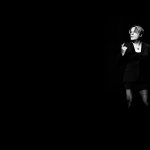